Blytheville is the largest city in Mississippi County, Arkansas, United States. Blytheville is approximately 60 miles (100 km) north of West Memphis. The population was 15,620 at the 2010 census.

Blytheville was founded by Methodist clergyman Henry T. Blythe in 1879. It received a post office in 1879, was incorporated in 1889, and became the county seat for the northern half of Mississippi County (Chickasawba District) in 1901. Blytheville received telephone service and electricity in 1903, and natural gas service in 1950.[3]

Forestry was an early industry, spurred by the massive harvesting of lumber needed to rebuild Chicago following the Great Fire of 1871. The lumber industry brought sawmills and a rowdy crowd, and the area was known for its disreputable saloon culture during the 1880s and 1890s.[3]

The area around Blytheville continues to be farmed, though family farms have given way to large factory operations.[3]

In the 1980s, Blytheville began to develop an industrial base, much of which centered on the steel industry.

James Sanders is Blytheville's mayor, and the first African-American to serve in that position.

Blytheville is situated along the New Madrid Seismic Zone.

The climate in this area is characterized by hot, humid summers and generally mild to cool winters. According to the Köppen Climate Classification system, Blytheville has a humid subtropical climate, abbreviated "Cfa" on climate maps.[6]

Nucor Steel are the largest employers for both Blytheville and Mississippi County. With 4 locations (Nucor Yamato Steel, Nucor Steel Arkansas, Nucor Calstrip, and Nucor Skyline), they're the top steel-producing regions in America.

Blytheville Public Schools serves the majority of the city.[19] The schools include:

A Catholic school, Immaculate Conception School, operated in Blytheville until its 2007 closure.[20]

Blytheville is home to Arkansas Northeastern College (formerly Mississippi County Community College until its merger with Cotton Boll Technical Institute). It offers a two-year program, and is the nation's first community college with a solar photovoltaic prototype facility.

That Bookstore in Blytheville is reputedly one of John Grisham's favorites 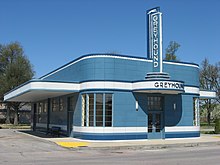