Skip to content
Naval rank of the United States 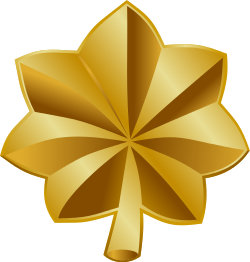 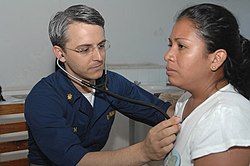 Promotion to Lieutenant Commander in the U.S. Navy is governed by United States Department of Defense policies derived from the Defense Officer Personnel Management Act of 1980. DOPMA guidelines suggest 80% of Lieutenants should be promoted to Lieutenant Commander after serving a minimum of three years at their present rank and after attaining nine to eleven years of cumulative commissioned service.[citation needed]

While lieutenant commander is the U.S. Navy's first commissioned officer to be selected by a board, they are still considered to be junior officers due to their origin as "lieutenant, commanding".[1] This can be seen by lieutenant commanders not wearing the headgear embellishment (colloquially known as "scrambled eggs") on their combination covers. This is in contrast to other branches, where majors wear the appropriate covers of field-grade officers.[citation needed]

The United States Coast Guard used their own rank system until World War I. In 1916, discontent grew among Coast Guard captains:[2] By law, they ranked below a lieutenant commander in the United States Navy despite similar roles and duties. Pursuant to the Appropriations Act of 1918, the Coast Guard adopted the Navy rank structure to prevent disagreements over seniority.[3]

There are two insignia used by lieutenant commanders. On service khakis and all working uniforms, lieutenant commanders wear a gold oak leaf collar device, similar to the ones worn by majors in the USAF and Army, and identical to that worn by majors in the Marine Corps. In all dress uniforms, they wear sleeve braid or shoulder boards bearing a single gold quarter-inch stripe between two gold half-inch strips (nominal size). In the case of officers of the U.S. Navy, above or inboard of the stripes, they wear their specialty insignia, notably a star for officers of the line, crossed oak leaves for Civil Engineer Corps.[4]