The university is governed by the University of Arkansas Board of Trustees, which also oversees the operation of universities and other post-secondary educational institutions in Batesville, DeQueen, Fayetteville, Fort Smith, Helena, Hope, Little Rock, Morrilton, and Pine Bluff, Arkansas.

UAM offers in-state tuition rates not only to Arkansas residents but also to residents of Mississippi, Louisiana, Texas, Oklahoma, Missouri, and Tennessee.

The University of Arkansas at Monticello was established in 1909 by an act of the Arkansas General Assembly to serve the educational needs of southern Arkansas. Originally called the Fourth District Agricultural School, the school opened its doors September 14, 1910. In 1925, the General Assembly authorized the school's name to be changed to the Arkansas Agricultural and Mechanical College. Arkansas A&M received accreditation as a junior college in 1928 and as a four-year institution in 1940.

During World War II, Arkansas A&M College was one of 131 colleges and universities nationally that took part in the V-12 Navy College Training Program which offered students a path to a Navy commission.[2]

On July 1, 2003, the University of Arkansas at Monticello expanded its mission to include vocational and technical education when the UAM College of Technology-Crossett and the UAM College of Technology-McGehee became part of the University of Arkansas at Monticello to create a larger system of postsecondary education in Southern Arkansas.

UAM also has one specialized division:

The main campus in Monticello has two single-sex dormitories and two coeducational suite dormitories. The former are Horsfall Hall for women and Royer Hall for men, and the latter two are Bankston Hall and Maxwell Hall. University Apartments is for single upperclassman students. There is also a complex for married students, students with families, and university faculty,[5] HHFA Apartments.[6] The family housing is in the boundary of the Drew Central School District, which operates three schools that serve dependent minors living in the UAM family complex: Drew Central Elementary School, Drew Central Middle School, and Drew Central High School.[7][8] 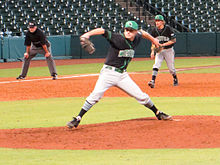