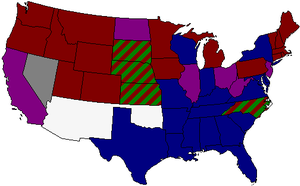 This count identifies party affiliations at the beginning of the first session of this Congress, and includes members from vacancies and newly admitted states, when they were first seated. Changes resulting from subsequent replacements are shown below in the "Changes in membership" section. 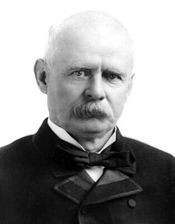 Speaker of the House
Thomas B. Reed

Skip to House of Representatives, below

The names of members of the House of Representatives are preceded by their district numbers.

The count below reflects changes from the beginning of the first session of this Congress.

Two seats were added when Utah was admitted and one seat was filled late.

There were 4 deaths, 2 resignations, 13 election challenges, 1 new seat, and 4 seats vacant from the previous Congress. Democrats had a 10-seat net loss; Republicans had a 12-seat net gain; and Populists had a 2-seat net gain.

See also: List of special elections to the United States House of Representatives