Fitzgerald was a Democratic U.S. congressman who won two terms as mayor of Boston and made several unsuccessful runs for governor of Massachusetts. He made major improvements to the port, and became a patron of the baseball team now known as the Boston Red Sox. He maintained a high profile in the city, with his theatrical style of campaigning and his personal charm and charisma that earned him the nickname "Honey Fitz". His daughter Rose married Joseph P. Kennedy Sr., a son of his political rival P. J. Kennedy. In old age, Fitzgerald helped his grandson John F. Kennedy win his first election to Congress.

John Francis Fitzgerald was born in the North End of Boston, to Irish businessman/politician Thomas Fitzgerald of Bruff, County Limerick, and Rosanna Cox of County Cavan. He was the fourth of twelve children. Both of his sisters, Ellen and Mary, and his eldest brother, Michael, died in infancy. Fitzgerald's brother Joseph had severe brain damage from malaria and barely functioned. Only three of the children survived in good health. Fitzgerald's mother died when he was sixteen. His father wished for him to become a doctor to help prevent future tragedies of the sort that had marred the family.

Accordingly, after being educated at Boston Latin School and Boston College,[5][6] he enrolled at Harvard Medical School for one year, but withdrew following the death of his father in 1885.[7] Fitzgerald later became a clerk at the Customs House in Boston and was active in the local Democratic Party.

Fitzgerald was a member of the Royal Rooters, an early supporters' club for Boston's baseball teams, particularly its American League team, the modern Boston Red Sox. At one point, he was the group's chairman, and threw out the ceremonial opening pitch in Fenway Park's inaugural game (April 20, 1912), as well as in the 1912 World Series later that year. His great-granddaughter Caroline Kennedy threw out the first pitch for Fenway Park's 100th anniversary on April 20, 2012.[8]

Fitzgerald was elected to Boston's Common Council in 1891. In 1892, he became a member of the Massachusetts Senate, and in 1894, he was elected to Congress for the 9th district, serving from 1895 to 1901.[9] These early victories came about with support from the powerful boss of Boston's 8th ward, Martin Lomasney.[10] In December 1905, Fitzgerald was elected Mayor of Boston, becoming the first American-born Irish-Catholic to be elected to that office. In the process, he made an enemy of the powerful Lomasney, who had fielded one of his lieutenants, Edward J. Donovan, for the office.[11] Fitzgerald served as mayor of Boston from 1906 to 1908, was defeated for re-election in December 1907, but won the January 1910 election and returned to the office from 1910 to 1914. 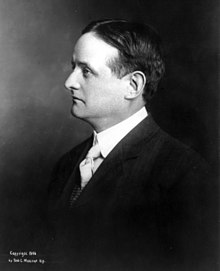 Of his stylish manner, Robert Dallek wrote: "He was a natural politician—a charming, impish, affable lover of people..... His warmth of character earned him yet another nickname, "Honey Fitz," and he gained a reputation as the only politician who could sing "Sweet Adeline" sober and get away with it. A pixie-like character with florid face, bright eyes, and sandy hair, he was a showman who could have had a career in vaudeville. But politics, with all the brokering that went into arranging alliances and the hoopla that went into campaigning, was his calling. A verse of the day ran: 'Honey Fitz can talk you blind / on any subject you can find / Fish and fishing, motor boats / Railroads, streetcars, getting votes.' His gift of gab became known as Fitzblarney, and his followers as "dearos," a shortened version of his description of his district as 'the dear old North End.'"[12]

Fitzgerald's first term as mayor was little more than a poorly managed jobs-for-votes program, in which the city payroll expanded, and job-seekers were frequently granted provisional positions that did not require passing civil service exams. He lost the 1907 election in part because his opponent, Republican George A. Hibbard, promised he would be "cleaning up the mess" of his opponent.[13] The Republican-controlled city and state then attempted to reduce the influence of Democratic Irish ward bosses in Boston politics by altering the city charter. They eliminated the large common council, replaced the board of aldermen with a nine-seat city council, and extended the mayor's term to four years.[14] His January 1910 reelection bid was almost scuttled by a bribery scandal involving no-bid contracts with kickbacks during his first term. Fitzgerald managed to escape prosecution, but made a long-term enemy in Daniel H. Coakley, an Irish lawyer who had defended one of the key figures in the business.[15] In addition to contending with Lomasney's renewed opposition, he also had to contend with the rising star of James Michael Curley, who was kept out of the race by offering him Fitzgerald's old Congressional seat.[16] Fitzgerald won a narrow victory in the election, against James J. Storrow, a stiff Protestant Boston Brahmin.[17]

Early in his first term as Boston's mayor, Fitzgerald formulated a plan to revitalize the commercial importance of the city under the banner of "A bigger, busier and better Boston". This plan died with his first term, but gained traction after his reelection. Fitzgerald was able to persuade businesses and the Massachusetts legislature to invest $9 million for improvements to the port by 1912. Within a year, the investments began to pay off in the form of new port traffic to and from Europe.[18]

He was for years the most prominent political figure in the city of Boston, where P. J. Kennedy was a more behind-the-scenes Democratic Party figure. P. J. opposed Honey Fitz when the latter first ran for mayor, but they later became allies. In 1914, these two powerful political families (Kennedy and Fitzgerald) were united when P. J.'s son Joseph P. Kennedy Sr. married Fitzgerald's eldest daughter Rose.

Fitzgerald had, in the runup to the January 1910 election, promised Curley that he would not run for another term as mayor, since it was a position Curley sought. But in 1913, Fitzgerald decided to run for re-election, setting up a generational battle with Curley. Curley made common cause with Daniel Coakley, and they secured Fitzgerald's withdrawal from the race after threatening to expose a dalliance he had with a cigarette girl—Elizabeth "Toodles" Ryan, who was the same age as his daughter Rose—at a local gambling club.[19] Curley was subsequently elected in January 1914 to his first of four terms as Boston mayor.

From March 4, 1919, to October 23, 1919, Fitzgerald again served in Congress, now for the 10th district, until Peter F. Tague successfully contested the election. Fitzgerald was an unsuccessful candidate for the offices of Senator in 1916 and Governor in 1922. His opponent for the Senate was Henry Cabot Lodge. In 1942, he ran a quixotic campaign for the U.S. Senate, and lost the Democratic primary to Congressman Joseph E. Casey.

In his later years, Fitzgerald focused on his business interests and on honing the political instincts of his daughter Rose's promising sons. In 1946, when John Fitzgerald "Jack" Kennedy decided to run for Congress, 83-year-old Honey Fitz helped him plan his campaign strategy. At the victory celebration, Fitzgerald danced an Irish jig, sang "Sweet Adeline," and predicted that his grandson would someday occupy the White House. Shortly after his election to the presidency, President Kennedy renamed the presidential yacht the Honey Fitz in honor of his maternal grandfather.

On September 18, 1889, Fitzgerald married his second cousin Mary Josephine "Josie" Hannon. She was a daughter of Michael Hannon and Mary Ann Fitzgerald.[20]

On October 2, 1950, Fitzgerald died in Boston at the age of eighty-seven. His funeral was one of the largest in the city's history. President Harry S. Truman sent his sympathies and Fitzgerald's pallbearers included U.S. Senator Henry Cabot Lodge II, U.S. Senator Leverett Saltonstall (the grandson of the man who had given "Honey Fitz" his first job), future U.S. Speaker of the House John McCormack, Massachusetts Speaker of the House Tip O'Neill, and James Michael Curley. As "Honey Fitz" was carried to his final rest from Holy Cross Cathedral to St. Joseph Cemetery in West Roxbury, Massachusetts, a crowd of thousands who had gathered along the streets sang "Sweet Adeline".

The official name for the Central Artery highway in Boston was "The John F. Fitzgerald Expressway," until it was torn down in the 1990s as part of Boston's "Big Dig" project which eliminated the Central Artery and replaced it with a tunnel. The resulting greenway above the tunnel where the expressway had been was named for Fitzgerald's daughter as the "Rose Fitzgerald Kennedy Greenway".