Skip to content
Not to be confused with Cherokee, Oklahoma.
U.S. county in Oklahoma

Cherokee County is a county located in the U.S. state of Oklahoma. As of the 2010 census, the population was 46,987.[1] Its county seat is Tahlequah,[2] which is also the capital of the Cherokee Nation.[3] 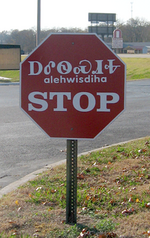 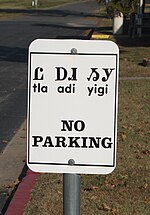 According to a historian, Cherokee County was established in 1907.[4] However, the Encyclopedia of Oklahoma History and Culture, states that it was created from the Tahlequah District of the Cherokee Nation in 1906.[3][a]

The Cherokee moved to this area as a result of the forced relocation brought about by the Indian Removal Act of 1830, also known as Trail Of Tears. The first significant settlements were at the site of Park Hill, where there was already a mission community, and Tahlequah, which became the seat of Cherokee government. However the Civil War divided the tribe and caused many of the early structures to be destroyed. Non-Indians began moving into the area illegally starting in the mid-1870s, and became the majority by the 1890s.[3]

During 1901 – 1903, The Ozark and Cherokee Central Railway, which later became part of the St. Louis and San Francisco Railway was the first to build a track in the county. It boosted the shipment of farm products through the 1920s, but declined during the Great Depression. All rail service ceased in 1942.[3]

The county lies in the foothills of the Ozark Mountains. It includes most of Tenkiller Lake and part of Fort Gibson Lake. The principal river running through it is the Illinois River. Grand River (Oklahoma) forms part of its western boundary.[3]

Age pyramid for Cherokee County, Oklahoma, based on census 2000 data. 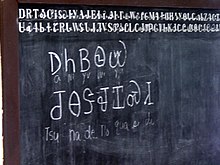 The Oklahoma Department of Education listed the charter school as a Targeted Intervention school, meaning the school was identified as a low-performing school but has not so that it was a Priority School.[13] Ultimately, the school made a C, or a 2.33 grade point average on the state's A-F report card system.[13] The report card shows the school getting an F in mathematics achievement and mathematics growth, a C in social studies achievement, a D in reading achievement, and an A in reading growth and student attendance.[13] "The C we made is tremendous," said school principal Holly Davis, "[t]here is no English instruction in our school's younger grades, and we gave them this test in English."[13] She said she had anticipated the low grade because it was the school's first year as a state-funded charter school, and many students had difficulty with English.[13] Eighth graders who graduate from the Tahlequah immersion school are fluent speakers of the language, and they usually go on to attend Sequoyah High School where classes are taught in both English and Cherokee. 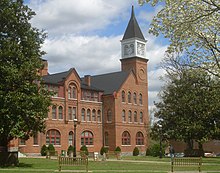 Northeastern State University is the oldest institution of higher learning in the state of Oklahoma as well as one of the oldest institutions of higher learning west of the Mississippi River.[14] Tahlequah is home to the capital of the Cherokee Nation of Oklahoma and about 25 percent of the students at NSU identify themselves as American Indian.[15] The university has many courses focused on Native American linguistics, and offers Cherokee language Education as a major.[16] Cherokee can be studied as a second language, and some classes are taught in Cherokee for first language speakers as well.[17]

Despite the county being home to a significant Native American population and a wide Democratic registration advantage, the county -- like every Oklahoma county since 2000 -- has avoided the party entirely in presidential elections in the 21st century. Donald Trump beat Hillary Clinton 60%-33% in 2016, which was a sharp right turn from the far-fetched yet competitive totals from Barack Obama's efforts in the prior two elections. They still, however, show a tendency to sometimes support local Democrats, as Cherokee County narrowly voted for Democrat Drew Edmondson over Republican Kevin Stitt in the 2018 gubernatorial race.[18]

Since statehood, the economy of Cherokee County has been based on agriculture, especially production of corn, wheat and vegetables. However, the percentage of the population engaged in farming has declined from 62 percent in 1940 to 4.4 percent in 1990. This is largely due to increased urbanization around Tahlequah since World War II. Agriculture remains very important. In 2002, this county ranked first in Oklahoma for the value of nursery and greenhouse crops and seventh in the state for poultry and eggs.[3] Illinois River and Lake Tenkiller tourism are perhaps of greater economic impact than agriculture, and both have lodging, water sports and recreation outfitters, fishing equipment and guides, eating and drinking establishments, campgrounds, festival events, and organizations for the conservation of resources.

Major non-agricultural employers in the county now include the Cherokee Nation government and Northeastern State University,[3]

The following sites in Cherokee County are listed on the National Register of Historic Places:

In the 1940 film The Grapes of Wrath, a policeman, portrayed by Ward Bond, tells the Joad family he is from Cherokee County, Oklahoma.

The song "The Bird Hunters," from the Turnpike Troubadours' self-titled album, is narrated by a Cherokee County resident who has returned home after a failed relationship.