The Battle of Honey Springs,[a] also known as the Affair at Elk Creek, on July 17, 1863, was an American Civil War engagement and an important victory for Union forces in their efforts to gain control of the Indian Territory. It was the largest confrontation between Union and Confederate forces in the area that would eventually become Oklahoma.[1] The engagement was also unique in the fact that white soldiers were the minority in both fighting forces. Native Americans made up a significant portion of each of the opposing armies and the Union force contained African-American units. 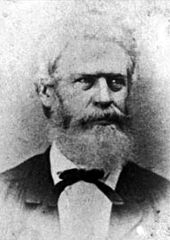 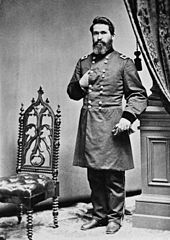 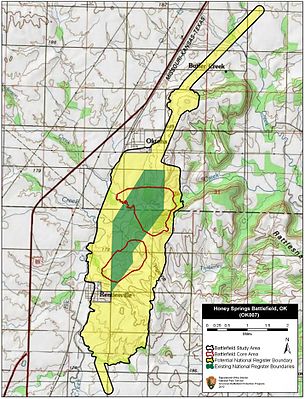 On August 21, 2011, the U.S. Department of Agriculture Rural Development announced a $1.9 million public-private partnership that includes the Oklahoma Historical Society, McIntosh County and an area nonprofit organization to build a 5,000-square-foot (460 m2) visitor's center to replace the existing facility consisting of a small trailer.[12] A November 2011 story in the Tulsa World newspaper cites the U.S. Department of the Interior report as giving consideration of designating the Honey Springs Battlefield as a U.S. National Battlefield Park.[13] In 2013 the battlefield was named a National Historic Landmark by the National Park Service.[14]