Skip to content
Military rank of the United States
This article is about a United States military rank. For other countries that use a similar rank, see Brigadier general.

A brigadier general ranks above a colonel and below a major general. The pay grade of brigadier general is O-7. It is equivalent to the rank of rear admiral (lower half) in the other United States uniformed services which use naval ranks. It is abbreviated as BG in the Army, BGen in the Marine Corps, and Brig Gen in the Air Force and Space Force. 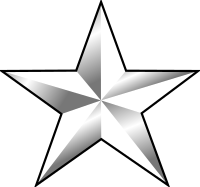 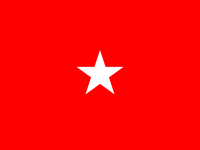 The insignia for a brigadier general is one silver star worn on the shoulder or collar, and has not changed since the creation of the rank two centuries ago. Since the Mexican–American War, however, the lower rank of colonel has been the normal rank appointed to command a brigade that is organic to a division (e.g., the 1st Brigade of the 94th Infantry Division, vice the 187th Infantry Brigade). While separate brigades (e.g. the 187th, commanded by then-BG William Westmoreland in Korea) were traditionally commanded by brigadier generals, this practice has ceased in recent history.

Today, an Army or Marine Corps "BG" or "BGen," respectively, typically serves as deputy commander to the commanding general of a division or division-sized units and assists in overseeing the planning and coordination of a mission. A Marine Expeditionary Brigade (MEB), as the medium capability (and sized) scalable Marine Air Ground Task Force (MAGTF) with up to 20,000 Marines, is normally commanded by a Marine BGen.[4] An Air Force brigadier general typically commands a large wing or serves as the deputy commander for a NAF. Additionally, one-star officers of all services may serve as high-level staff officers in large military organizations.

For promotion to the permanent grade of brigadier general, eligible officers are screened by a promotion board consisting of general officers from their branch of service.[7] This promotion board then generates a list of officers it recommends for promotion to general rank.[8] This list is then sent to the service secretary and the joint chiefs for review before it can be sent to the President, through the defense secretary, for consideration.[9] The President nominates officers to be promoted from this list with the advice of the Secretary of Defense, the service secretary, and if applicable, the service's chief of staff or commandant.[10] The President may nominate any eligible officer who is not on the recommended list if it serves in the interest of the nation, but this is uncommon.[11] The Senate must then confirm the nominee by a majority vote before the officer can be promoted. Once the nominee is confirmed, they are promoted to that rank once they assume or hold an office that requires or allows an officer of that rank. For positions of office reserved by statute, the President nominates an officer for appointment to fill that position. For all three uniformed services, because the grade of brigadier general is a permanent rank, the nominee may still be screened by an in-service promotion board. The rank does not expire when the officer vacates a one-star position. Tour length varies depending on the position, by statute, or when the officer receives a new assignment. The average tour length per one-star billet is two to four years.

Other than voluntary retirement, statute sets a number of mandates for retirement. All brigadier generals must retire after five years in grade or 30 years of service, whichever is later, unless selected or appointed for promotion, or reappointed to grade to serve longer.[12] Otherwise, all general and flag officers must retire the month after their 64th birthday.[13] However, the Secretary of Defense can defer a general or flag officer's retirement until the officer's 66th birthday and the President can defer it until the officer's 68th birthday. Because there are a finite number of General officer positions, one officer must retire before another can be promoted. As a result, General and flag officers typically retire well in advance of the statutory age and service limits, so as not to impede the upward career mobility of their juniors.[14]